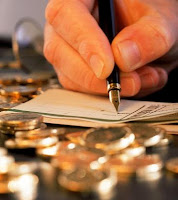 The first reason is the simple process that these cheque cashing services use. The banks have a rather complicated process which involves a lot of policies and cashing a cheque from such a bank may take a few days. But as far as these services are concerned, these do not have such lengthy processes or policies. These services understand the “immediacy” and provide much faster services; you can cash a cheque within hours at these services. Banks often take days to verify that the company or individual that has written the cheque has sufficient funds to cover the sum. Those in urgent need of money cannot afford such delays and turn to the cheque cashing services.

Also, those who are either “Under-banked” or “Unbanked” – those who do not necessarily have a relationship with the mainstream financial institutions or have a very tenuous one, find using these services very helpful.