As the implications of the 2012 Budget sinks in and everyone resigns themselves  to another year of austerity measures and tightening their belts, some people are about to become a whole lot worse off.

The government has pledged to bring the national deficit under control and, in 2010, unveiled a list of measures which would see tax credits slashed. Despite protests, David Cameron and co. have stuck to their guns and, from next month, the remaining tax credit reductions are due to take effect.

The people who are likely to be affected should already have been notified by HMRC in writing, but it’s worth recapping what the changes are.

Any couples who earn more than £26,000 with one child, couples working less than 24 hours each week, individuals aged over 50 and in receipt of the 50+ Working Tax Credit Element and those who experience a change in their circumstances, need to make a new claim or suffer a loss of income and could all, potentially, be worse off.

For those affected it’s essential to understand what the changes are and to consider whether debt management advice from companies such as Baines and Ernst should be sought.

One study showed that almost a third of people are in receipt of at least one tax credit which could, potentially, be affected which could lead to a debt problem or problems with meeting debt repayments. If you are already in a Debt Management Plans, it is important that you tell you debt management company so that they can help you manage your debts. 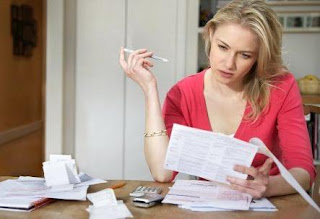 Debt companies like Baines and Ernst will regularly liaise with creditors on behalf of their clients if they need additional help financially.

The 50+ additional payments for those in receipt of Working Tax Credit is to cease, as the government have scrapped this element. This will mean an immediate reduction in the amount being received by those who previously qualified for the benefit.

Couples receiving Working Tax Credit must now work a minimum of 24 hours between them, with one party working at least 16 hours to continue to qualify for the benefit. Failure to work the minimum hours, regardless of the reason, will mean the removal of the benefit.

Households with one child earning more than £26,000 will have their Tax Credits stopped. Previously the so-called second threshold was set at £40,000, meaning that any household receiving less than this would be eligible to receive a minimum payment of £10.48 per week (the Family Element from Child Tax Credit). This threshold has been scrapped completely and now any household which receives more than £26,000 will not be entitled to tax credit. The limit is slightly higher for households with any additional children.

Although these changes have been coming for a while, when you are only just managing to scrape by, it’s difficult to plan for a further drop in income. Anyone who is worried that they won’t be able to pay their debts should speak to an expert advisor, such as those available at Baines and Ernst, without delay. Giving Baines and Ernst could help you understand what your options are and may also give you some new ideas about how to cope with your debts.

About our contributor: Baines and Ernst specialise in helping people get out of debt with solutions including debt consolidation through Debt Management and IVAs. For a no-obligation financial review, call Baines & Ernst.