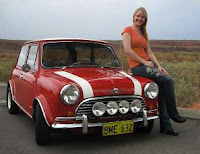 For those of us who have been around for a few years, it’s pretty clear that banking is one industry that has been through some significant changes, especially when it comes to personal loan applications. Gone are the days when you would approach the bank manager directly and plead your case to improve your cash flow situation. These days the bank manager has nothing to do with the final decision and banks are only really interested in a minimum of $5,000 if you want to borrow.

The argument against small loans it that the average $3,300 loan taken over a year racks up an additional $462 in admin fees plus an establishment fee so it doesn’t make good business sense for banks to go to the trouble of offering the service. For consumers who have overextended their credit cards and have a bad credit rating the current lending climate is a pretty aggressive place and going through the banks could be a futile endeavour so it is just as well that there are more accessible options opening up for loans, such as the ones at Bankwest.com.au (http://www.bankwest.com.au/personal/personal-loans/personal-loans-overview), which our research led us to.

What is more, Cash Converters’ personal loan growth of 31 per cent to $62.1-million is also worth a mention because the model it was built on was geared towards market needs. Its core business is extending $1,000 loans on a shorter term of seven months, accumulating $490 in interest and a $250 establishment fee. Australia’s short term small amount market is estimated to be generating more than $1-billion and, for those who are running out of viable loan options it provides a suitable channel.

Things are looking up for the cash-strapped consumer though as legislation has also recently been passed that restricts the interest and charges that can be applied to small, short term loans. Loans under $2,000 have been capped at 20 per cent of the credit amount to be charged upfront and 4 per cent on a monthly basis for the term of the loan.

Other developments in the arena of personal loan financing have seen the emergence of a new peer-to-peer platform released by SocietyOne. It is a loan management program called ClearMatch which caters to a changing world with a dynamic online solution and a secure framework through which borrowers’ and investors’ interests can be satisfied.

The new platform promises a more efficient personal loan process by taking the middle man, the bank, out of the borrower-investor relationship. It has also been claimed that the operating platform’s technology is more efficient than can be expected at a bank and other financial lending institutions.

The news of the software’s Australian debut comes in the wake of its success in the United Kingdom, and SocietyOne feels it is likely to have the same degree of impact down under. The software creates a mutually beneficial framework, as borrowers pay lower fees and interest and lenders can access an asset class that has kept the banks running for many years.

In its favour is fixed rate monthly interest and repayments. There is also no monthly charge and no fees apply for early repayment. The funds are provided by independent investors who invest small amounts into different accounts to create a diverse portfolio under the management of SocietyOne. Borrowers can access to up $30,000, on what has been coined a responsible borrowing option.

So if there wasn’t already enough pressure on the banks the introduction of more direct borrowing alternatives poses a threat to their precarious profit margins. The country’s big four have come under a lot of fire recently, monopolizing the market and charging Australians significantly higher interest rates and fees than their financial counterparts in the rest of the developed world.