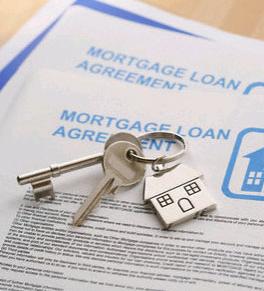 As consumer demand for homes declines it appears that business is fueling the economy, as lending in the business sector has increased to three-year highs. Despite lowering interest rates consumers have remained conservative and focused on reducing household debt while the business sector takes over the reins of the economy. Home loans rose by just 0.2% during the month of June, which brings the annual average down to just 4.9%, its lowest level in the last 22 years.

While home loan applications may be on the decline there has been a lot of activity on the loan swapping front, as a number of consumers have been bargain-hunting to find the best available deals. Notable competition between banks to attract customers as well as the decreasing interest rate may not have been able to affect loans but they certainly have had a marked impact on home financing. The rate of home refinancing is currently sitting at 36.6%, a high level compared to the 33% that was reported for the first half of 2008 and 24% that was recorded in September 2009. Research we ran via home loans indicates that the average cost of Australian home loans is in the region of $315 000 per house, while refinancing has averaged out at $254 000.

An executive working for ME Bank has stated that home refinancing for the group grew from 21% to 28% in just a year as people look for alternative ways to consolidate and pay their debts off. For many home owners swapping banks can make a substantial difference to the fees and charges that people are paying and make a big difference to the affordability of monthly expenses and household running costs. Whatever the reasoning, it is a good sign of confidence and lateral thinking as people start to take action to get rid of their outstanding debts.

Refinancing may not work for everyone so it is important for consumers to weigh up the costs of making the switch against the proposed benefits before they commit to anything. The experts say that the national cash rate of 3.5% is a fairly good figure to work from and those home owners who are paying more than 2.75% higher than the cash rate should consider refinancing their home loans.

While home prices are on their way down, signalling more affordable housing for people, the number of homes on the market is still bigger than the number of available buyers, especially in Queensland and Tasmania. Major cities have experienced a remarkable turnaround in terms of property affordability and the market is still in a position to favour the buyer, for those who have the liquid cash. Housing costs are becoming more affordable for people around Sydney and Adelaide while Brisbane is also very competitively priced.

On a more positive note, apartment sales have improved and have had a lot to do with keeping the average low, but relatively respectable. June saw a growth of 2.8% in home sales but the figure was kept positive by a 15.7% increase in townhouse and apartment sales. Concessions on stamp duties for the first half of the year ensured that apartment sales in New South Wales were boosted by 30.8% and, while it is a good precursor to growth improvements, stand-alone housing, which is still suffering, comprises 70% of the housing market. While sales in Western Australia saw a rise during June, Victoria and Queensland saw decreases in sales. As far as auctions go, clearance rates are hovering around the 60% mark, with slight fluctuations around the country. The new credit card reforms may have an impact on mortgages going forward, if more people are able to consolidate what they owe and pay more towards their bonds to get out of mortgage stress.