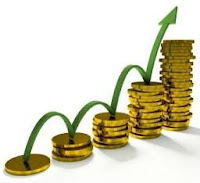 With the globe still struggling to recover from the worst recession since World War II and elections occurring in Europe and the USA, taxes have once again become a hot topic of conversation as many countries propose further rises. But which countries currently have the highest income tax rates?

4. The Netherlands
At 52%, well above Western Europe’s average of 45.7%, The Netherlands’ top income tax bracket is undoubtedly high but it does help to pay for a wealth of benefits. The Dutch enjoy reimbursements of up to 70% on childcare, subsidies on children’s books, money towards holidays which amounts to 8% of an individual’s salary, and free medical care.

3. Denmark
Denmark’s income tax rate for its top band of wage earners may have come down from 62.3% in an economy-boosting drive in 2008 but it is still 55.4%, making it the third highest rate in Western Europe. However, these tax cuts have also decreased the tax and social security burden on single taxpayers.

2. Sweden
At 55.6%, Sweden’s top income tax rate is higher than any other Scandinavian country and the second highest in the world. However, its taxes fund an incredibly generous social security system – Sweden spends more of its GDP on social services than any other country in the world – which allows Swedes to enjoy free education, subsidised healthcare and public transport, and a government-guaranteed pension.

Aruba may not stay at the top spot for much longer if the newly elected French president Francois Holland has his way. To help pay off the country’s crippling debt, Holland is proposing to raise the income tax rate on the wealthiest (those who earn over €1 million) from the current 48% to a whopping 75%!

This articles is provided by My Refund, the New Zealand registered tax agent www.myrefund.co.nz