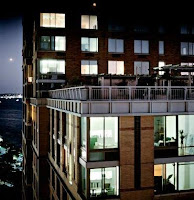 Urban centres have become increasingly popular in recent years as both residential locations and as commercial space.

This social change has been driven by a number of factors and has been reflected in the number of new property developments springing up in major cities around the UK. As space tends to be at a premium in urban areas, it has led to the construction of a greater number of apartments; potentially fuelling interest in block of flats insurance.

So why have so many people decided that an apartment in a town is a better place to live than a larger house in the country? Here are four factors that are likely to have spurred on the rush for the city…

Anyone who has ever lived in a rural area then moved to the city will attest to joys of convenience, such as having shops open until later and being able to choose between a variety of entertainment options at your leisure.

Also, by living in the city centre, people will often be able to walk or cycle to their destinations, rather than taking the car or public transport.

With other parts of the world enjoying much more economic growth than the UK, it is becoming increasingly common for foreign students and workers to spend some time in the country, either for education or pleasure. Either way, individuals coming from abroad will tend to stick to urban areas.

As the number of people living in city centre areas has risen, often so has the feeling of a community. This intangible part of the trend leads to some tangible improvements, as residents start to think about how they want to enhance their neighbourhood, which manifests itself in the shape of celebrations, community organisations and the power to make changes.