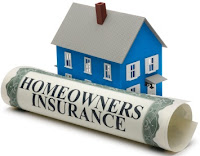 If you want a recent example of just how little we can predict the effects of global warming, consider Hurricane Sandy that hit the east coast in October 2012. While it was traveling across water, it was regarded as being the largest hurricane in history. Even though hurricane Sandy brought New York to a standstill — it was not as deadly as hurricane Katrina in 2005, primarily because the hurricane was moving so slowly that people had plenty of warning and places such as Coney Island were evacuated days in advance.

Two decades of scientific reports seem to have consistently underestimated the intensity of climate change and its rate. Even countries such as the United Kingdom, which has very mild weather when compared with the US, have experienced unprecedented flooding. The head of the climate analysis section, Kevin Trenberth, of the National Center for Atmospheric Research said, “We’re underestimating the fact that climate change is rearing its head.”

So how does this affect your home insurance plans? What you must first understand is that as official sources begin to align their future predictions of the damage caused by global warming, with the data they collect every time a new storm occurs – the price of for home insurance will go up. This is because insurance companies will have to raise the cost of their premiums to cover the higher rate of insurance claims that are going to be submitted in the coming years.

Global warming and the potential damage it is going to cause, is going to create a number of changes in the home insurance markets. This is why companies such as InsuranceTown.com offer free insurance quotes, so that consumers need not be caught up in the ensuing anarchy by paying for their insurance quotes.

Let us take home insurance quotes for flooding as an example. In 2007, an IPCC report concluded that the Arctic wouldn’t lose its summer ice until the year 2070, but recent data collected from the area shows that we might lose the Arctic’s summer ice in just 20 years’ time. As you can imagine, this is going to have a very large effect on the insurance premiums of some areas of the US that are already prone to flooding.

Scientists who study climate change have released conservative estimates with regards to the rise in sea level. For example, they claimed that sea levels would rise 2 millimeters per year, however, between the years 1993 through to the year 2006, sea levels rose by 3.30 millimeters per year. This means that areas which are not prone to flooding are going to start experiencing floods, which will affect the prices and scope of home insurance coverage offered by insurance companies throughout the country.

Jeff Mathis has been an insurance consultant for 20 years. He enjoys sharing his expertise on the subject by blogging for a variety of insurance and personal insurance websites.